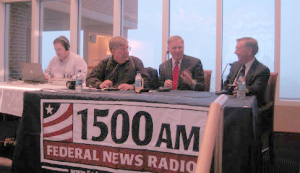 Mark Amtower has been interviewed, quoted in or featured in over 250 publications worldwide, been interviewed on over 40 radio stations and has appeared on television in Baltimore and Washington DC.

His areas of expertise include

Reporters who have worked with him before know that if Mark feels he is not the expert you need, he will introduce you to an expert who will make your story better.

Mark Amtower's LinkedIn for GovCon is now a 3-part webinar available on https://govology.com/events/linkedin-for-government-contractors-3-part-series/ - designed exclusively for those involved in government contracting. Guaranteed to up your LinkedIn game!

Get your FREE subscription to
The Amtower Report
SUBSCRIBE NOW

Contact us today to discuss your need –
Mark Amtower 301-854-9493
Mark@FederalDirect.net